The Nuclear Bear: The Soviet Union and the Quest for the Atomic Bomb 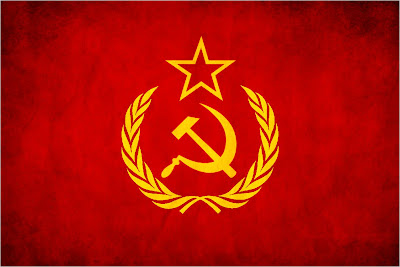 The Cold War even though largely a state of conventional arms build ups across the world was defined by one type of weapon more destructive than any force unleashed in warfare thus far. A weapon with the ability to obliterate armies and reduce entire cities to masses of smoldering twisted metal and in some cases burn hot enough to turn sand to glass. This type of weaponry was none other than the nuclear bomb. The great period of mistrust between once great allies that had banded together to share a common interest in defeating the fascist powers of Nazis, were now divided along ideological lines with the powers of the communist nations of the East challenging and undermining the powers of the largely democratic West.

It is hard to pinpoint when exactly the race for a new type of destructive weapon originated but theories of nuclear physics can be traced to the late 1890s with names like Henri Bacquerel, Marie Curie and Albert Einstein all contributing to the emerging science of nuclear physics. By the 1930s, scientists across Europe and North America were conducting research into nuclear studies. This research would be slowed by the onset of the Second World War, but it is also acknowledged that atleast several powers were interested in developing atomic weapons. In Nazi Germany, Adolf Hitler poured a large amount of research and materials into the development of a nuclear weapon however his ambitions to develop an atomic weapon never materialized beyond the production of heavy water.

In the United States, the Manhattan Project successfully created an atomic weapon with the first ever detonation of an implosion type bomb at the Alamogordo Bombing and Gunnery Range in New Mexico on 16 July 1945. The success of the American atom bomb led to the development of 'Little Boy' a gun type bomb deriving its explosive power from nuclear fission of the element Uranium 235 and 'Fat Man' an implosion type bomb with a plutonium core which were both dropped on the Japanese cities of Hiroshima and Nagasaki on 6 August and 9 August 1945 respectively. The dropping of these bombs brought about the Japanese surrender and the end of the Second World War.

Authorities in the Soviet Union, followed the American project with great interest. Despite the measures of intense security applied to the program, Soviet agents were able to penetrate into the heart of the Manhattan Project largely thanks to a man named Klaus Fuchs. Fuchs had begun spying for the Soviet Union after coming from the United Kingdom to the United States in 1943. He was sent to the Los Alamos Laboratory in New Mexico where he worked on implosion projects which led to the development of the plutonium core bomb. It was around the time of Fuch's arrival in the United States in 1943, that Soviet premier Josef Stalin became interested in the development of an atomic weapon for the Soviet Union. In 1944, intelligence gathering operations related to nuclear research in foreign nations was turned over to the Soviet NKVD the dreaded secret police of the Soviet Union and the infamous Lavrentii Beria. The NKVDs infiltration of nuclear rings around the world not only reached into the United States but Nazi Germany as well and as a result many German scientists were forcibly taken to the Soviet Union at the end of the war to advance Soviet nuclear ambitions. 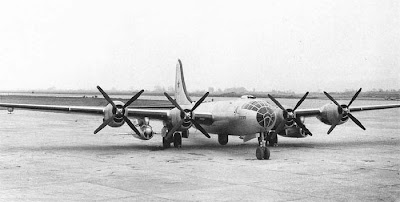 By the end of the Second World War, the Soviets had compiled a great amount of information regarding the nuclear programs of the West and had begun conducting tests of their own however there was one major problem to the development of an atomic weapon in the Soviet Union: Where would the Soviets acquire uranium?

Surrounded by intense secrecy, the Soviet nuclear weapon program progressed enough that by 1949, the Soviets had developed and constructed their own atomic bomb. The bomb was designated as RDS-1 by the Soviet authorities and unofficially nicknamed 'First Lightning' by the Soviets. The United States subsequently nicknamed the weapon 'Joe 1' in reference to the Soviet leader Josef Stalin. The bomb known as RDS-1 was exploded on 29 August 1949. at Semipalatinsk, in the Kazakh Soviet Socialist Republic. The weapon had a yield of 22 kilotons of TNT and by virtue of utilizing a plutonium core and being of the implosion type, the bomb was similar in design, construction and detonation to the American 'Fat Man' bomb which had been dropped on Nagasaki years earlier. This was hardly the first time that the Soviets had developed a design from an existing type originating in the United States. In 1944, the Soviets had impounded four American Boeing B-29 Superfortress strategic bombers that had made emergency landings in the Soviet Union and reverse engineered the aircraft designating their copy the Tupelov Tu-4 Bull. The Tu-4 was used for aerial delivery of later Soviet nuclear test bombs. 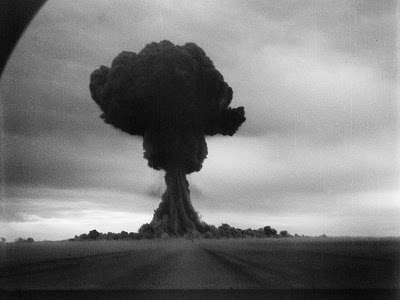 The test site at Semipalatinsk was prepared with laborers erecting houses of wood and brick as well as bridges and a simulated public transit system within the vicinity of the planned site of detonation. In addition to this varying armored vehicles, 50 aircraft and nearly 1,500 animals were brought to the location to study the effects of the bomb on both structures and life. The bomb detonated with its explosion being 50% more powerful than originally anticipated by the Soviet scientists.

The United States caught wind of the Soviet nuclear tests when the United States Air Force detected the products of radioactive fission in the atmosphere and pinpointed the location of the nuclear fallout as originating from the Kazakh SSR. The method of detection which would come to be known as the 'Green Run' would be utilized by American reconnaissance aircraft into the future. First confirmation of the Soviets possessing the nuclear bomb came on 23 September 1949, when US President Harry S. Truman announced that the Soviets had exploded their own nuclear device. The explosion of the device soon sparked a new Cold War arms race for an even more powerful nuclear weapon, the hydrogen or H-Bomb. 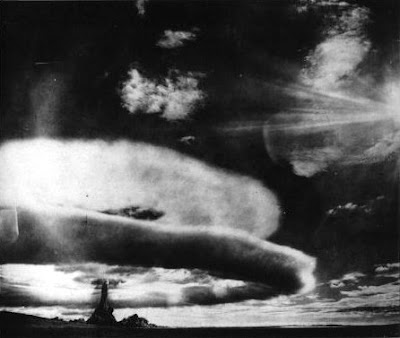 The Soviets would go on to develop and test several other RDS designated atomic bombs including:

Soviet nuclear weapons programs were usually tested in intense secrecy at closed cities known as Atomgrads. These Atomgrads would be used specifically for nuclear weapons research and development and would remain closed throughout the duration of the Cold War and even into the post-Cold War era. Ten such Atomgrads were identified each one for specific purposes ranging from weapons design, research, plutonium production, uranium enrichment or warhead assembly.

The advent of a Soviet nuclear program and the success of the Soviet nuclear tests led to a lengthy arms race between the United States and Soviet Union with both powers maintaining vast nuclear arsenals throughout the Cold War and dominating a way of life for over half a century.