The Brigade was headquartered in Soest with additional units positioned in Soest and other towns across North Rhine-Westphalia.

In 1962, 4 Canadian Infantry Brigade Group was reinforced with a helicopter recce troop operating nine CH-112 Nomad helicopters. The CH-112 was Canada's variant of the American Hiller OH-23 Raven observation helicopter. Into the 1960s, the Brigade strength was around 6,700 men organized into three mechanized infantry battalions, a reconnaissance squadron, an artillery detachment and a logistical operations detachment. It was subsequently called a 'light division' by Canada's British counterparts. On 1 May 1968, 4 Canadian Infantry Brigade Group was redesignated as 4 Canadian Mechanized Brigade Group in response to Canada's armed forces being unified to become the single Canadian Forces. After a review of Canadian policy, the Canadian government reduced defense spending and reduced the force in Europe by half. 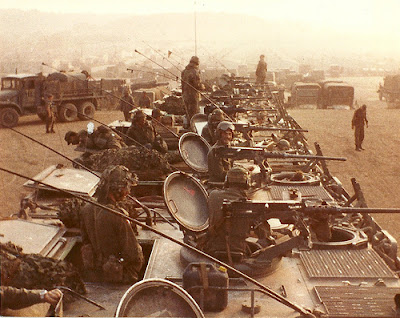 It was also decided that instead of being an attachment as an active part of the British Army of the Rhine, the 4 Canadian Mechanized Brigade Group would be given a new role and status as a reserve unit attached to the American US VII Corps or II German Corps. With its new status and designation, the unit was relocated to the town of Lahr in southern West Germany where it stood up at Canadian Forces Base or CFB Lahr. Now in a reserve status, 4 Canadian Mechanized Brigade Group's nuclear capability was thus withdrawn although, the unit would continue serving as a deterrent against Soviet aggression in Europe.

Units assigned to CFB Lahr would include:


Initially equipped with Centurion tanks and Ferret armored cars, Canadian military capabilities were enhanced with the replacement of the Centurion by the Leopard 1 main battle tank and the employment of the M113 armored personnel carrier. 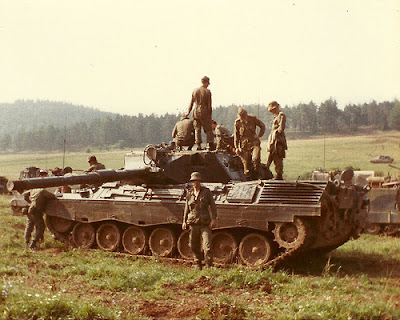 The Royal Canadian Air Force also committed a detachment No.1 Air Division RCAF at Canadian Forces Base Baden-Soellingen. With the need for greater NATO air defense commitments, No.1 Air Division RCAF was officially established in the 1950s initially at four bases in France and West Germany. These bases respectively were RCAF Station Marville home to No.1 Wing and RCAF Grostenquin home to No.2 Wing positioned in France and RCAF Station Zweibrücken home to No. 3 Wing and RCAF Station Baden-Soellingen home to No.4 Wing located in West Germany. Each wing had three fighter squadrons assigned to them each. Eight air division squadrons were replaced with strike aircraft complete with nuclear capability an issue which would prove quite controversial in Canada.

In 1963, the French government announced that all nuclear weapons positioned on French soil would fall under French control, an announcement that the Canadians and other NATO forces strongly disagreed with. As a result of this, all Canadian nuclear strike forces were relocated to RCAF Station Zweibrücken and  RCAF Station Baden-Soellingen. In 1964, RCAF Station Grostenquin was closed with its assets transferred to RCAF Marville. RCAF Marville would later be subsequently closed when France withdrew from NATO's military command structure and ordered all foreign military forces to vacate French soil or thus fall under French military authority. The units from RCAF Marville were then transfered to RCAF Station Lahr. In 1966, the Canadians took over Base Aérienne 139 Lahr which was operated by the French Armée de l'Air. French forces were vacating the base in compliance with the French withdrawal from NATO. The first RCAF personnel would arrive in March 1967 when it was renamed RCAF Station Lahr. 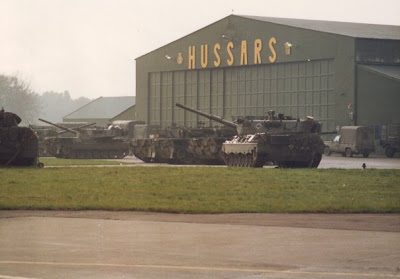 In addition to these units there was a communication squadron as well as an air defense battery and a multi-force airfield repair unit. Under the reorganization of Canadian defense forces, No.1 Air Division RCAF became 1 Canadian Air Group. Following a period of intense renewed Cold War tensions, CFB Baden-Soellingen received improved infrastructure and services as well as upgrades and improvements to the base to accommodate the arrival of new CF-18 Hornet multirole fighters to replace the CF-104 Starfighters. 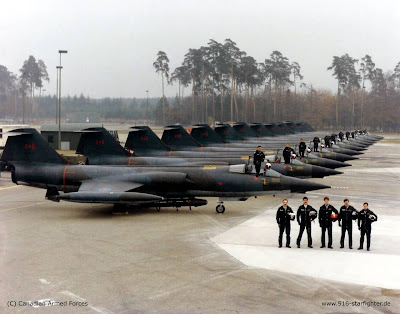