Dutch Lions: The I Netherlands Corps in West Germany 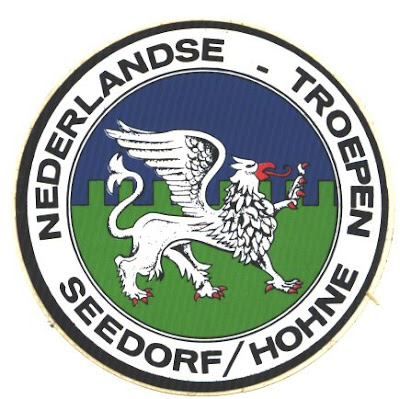 Discussions of the Cold War in Europe generally revolve around six main entities: The United States of America, French Republic, United Kingdom, Federal Republic of Germany, Union of Soviet Socialist Republics and German Democratic Republic however under NATO command other countries contributed troops and maneuver forces to counter and engage Soviet and Warsaw Pact forces in the event of armed conflict. One of these entities was the Royal Netherlands Army, officially known as the Koninklijke Landmacht.

The Army of the Netherlands in the aftermath of the Second World War was initially comprised of soldiers that had escaped the German invasion and had been stationed in the United Kingdom during the occupation period. In 1945, these soldiers returned to a country that had been under totalitarian control for six years and lay in ruins. As the rebuilding process began, the Dutch Army benefitted in its rearmament by acquiring materials left in military depots across the Netherlands. Initial acquisitions included Sherman tanks and other armored vehicles. As the Cold War began to take shape in the 1950s, the Netherlands went through an armament upgrade phase replacing these tanks with 705 of the newer British made Centurion tanks and later in the 1960s, the decision was made to acquire 468 of the West German designed Leopard I main battle tank. Dutch armored forces were greatly enhanced further beginning in 1981, when deliveries began of the Leopard II main battle tank.

As part of the NATO deterrence against Soviet aggression in Europe, the Netherlands contributed three army divisions which would make up I Netherlands Corps as part of NATOs Northern Army Group. This group of four European Corps level forces tasked with the defense of the strategically crucial North German Plain was comprised of I Netherlands Corps alongside forces from the United Kingdom (I British Corps), Belgium (I Belgian Corps) and West Germany (I German Corps). Forces from the United States (III Corps) would be held as reserve units to the NATO contingent with two additional Corps level units available from France. I Netherlands Corps was comprised of two armored brigades and an armored infantry brigade organized into two active divisions the 1st and 4th division, the third division the 5th division was designated a reserve element to the Corps. Later in 1985, the West German 3rd Panzer Division was added under Netherlands command for I Netherlands Corps. Of this force only the 41st Armored Brigade was stationed in West Germany during peacetime. 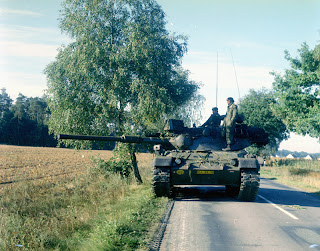 1 Netherlands Corps or Eerste Legerkorps (1Lk) as it was designated by the Koninklijke Landmacht maintained its headquarters staff at Apeldoorn near Amsterdam in the Netherlands. It was broken down as such:

Unlike American and British Armies, the three divisions of I Netherlands Corps were not permanently fixed formations. In the event of war the Commander of the Netherlands Corps would assign brigade and Corps level assets to the divisional staffs based on the tactical situation at the time. This move made the three divisional staff formations strictly tactical headquarters with between two to five brigades under each divisional command. The brigades were to be operational ready within 48 hours, each with its own artillery, engineer and logistic support elements. The brigades were the only permanent formations retaining their solid structure as much as possible.


In the event that the Cold War would have gone hot, I Netherlands Corps under NATO’s Northern Army Group had four main objectives to accomplish:

The area of responsibility of I Netherlands Corps was in an area general associated with the British zone of Germany, although it was to cover the central part of this zone. This area of responsibility included the cities of Bremerhaven, Garlstedt, Bremen and Stade. It began just south of Hamburg and north of Celle where I German Corps had responsibility, extending to the Inner German Border with East Germany and the easterly outskirts of Bremen as its boundaries. The two active divisions the 1st and 4th Divisions were to take up positions around Lüneburg and Uelzen with the 5th Division in the rear areas serving as the corps reserve. In front of the two division positions, the covering force would operate and engage Warsaw Pact forces. The 41st Armored Brigade would be the central element of the covering force with elements of the 101st Infantry Brigade and 102nd and 105th Reconnaissance Battalions securing the rear.


The Corps while stationed in the Netherlands had to be combat ready within 48 hours of notification and would then have to deploy 217 miles to its area of responsibility. With its headquarters in Apeldoorn, I Netherlands Corps was the only allied military corps asset of NATOs Northern Army Group with its headquarters not located in the territories of the Federal Republic of Germany. With most of its forces in a state of inactive service, upon the initiation of a state of war, NATO commanders noted the Dutch Corps would have to mobilize some 60% of its forces before it was ready to deploy in support of combat operations. This negative aspect was seen by NATO commanders as leaving the left flank of Northern Army Group open for attack until the Corps could respond and counter the impending Warsaw Pact advance. This would remain a major concern for NATO commanders up until the end of the Cold War.