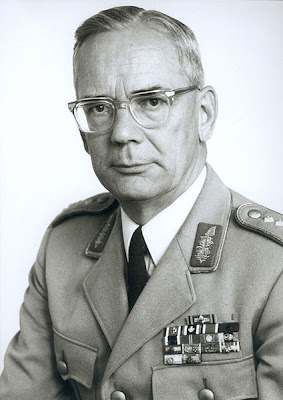 At the end of the Second World War, the allied authorities outlawed the services of the German Wehrmacht and in subsequent policies any symbol that was affiliated with the Nazi government of the Third Reich was outlawed and made illegal. When the Bundeswehr was reinstated as the new armed services of the West German state in 1955, provisions were instituted as to those who could join the new military and those who could not serve. On 26 July 1957, the West German federal government established the Gesetz über Titel, Orden und Ehrenzeichen which translates into 'Law regarding Titles, Medals and Decorations' which stipulated the authorized wear of medals and military decorations from not only the Second World War Wehrmacht but also certain awards and decorations of the Weimar Republic. It also paved way for the establishment of federal awards that could be awarded by the Federal Republic of Germany.

Later on the Gesetz über Titel, Orden und Ehrenzeichen would be shortened into Ordensgesetz or 'Medal Law'. The law was established in accordance with German criminal codes that forbid the distribution or public display of symbols of the defeated Third Reich without approved purposes such as academic or historical reasons. It stated that awards issued before the 1933 rise to power of the Nazis were allowed to be worn as long as they were worn in their original form free of influence from the National Socialists. One of the main provisions of the law was that medals and decorations granted for military service between 1933 and the defeat of Germany in 1945 may only be worn if symbols such as the swastika, SS runes or other symbols associated with extremism were removed.

The law stated that further medals designed under the Hitler regime were not allowed to be produced, offered, inventoried, sold or used in commerce by any means. Also prohibited was the wear of occupational medals attributed to German annexation and expansion under Nazi aims. This was supplimented by the authorization and release of substituted forms of these awards of 1933-1945. These awards wer generally referred to as 1957 series awards. It was shortly after the issue of the Ordensgesetz provisions that the West German government decided that the extensive use of neck mounted orders common during the years of the Third Reich would be phased out in favor of the ribbon bar system commonly used in western military services. 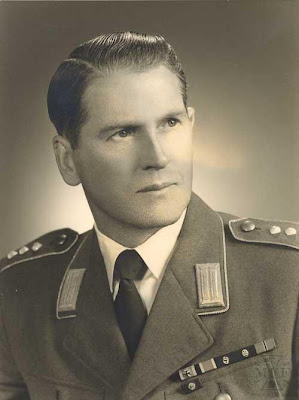