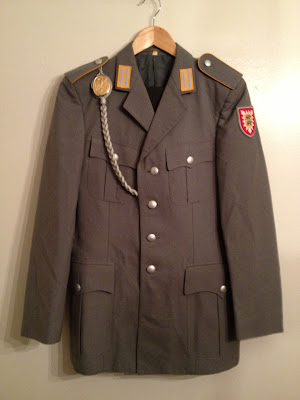 The uniform displayed above is the Bundeswehr designated Grunduniform for the Heer. It bears the golden yellow waffenfarbe branch of service designation for the Panzeraufklärungstruppe or Armored Reconnaissance Corps.As with all Heer uniforms it consists of a dark grey stone colored service tunic and a pair of black trousers. All service dress uniforms are worn with a black belt with a ceremonial buckle (not shown) on the front bearing the federal eagle or Bundesadler.

The belt consisting of a Koppelschloss (buckle) und Hosengurtel (belt) is very similar in design and appearance to belts worn by soldiers of the German Wehrmacht throughout Second World War. The German logo and Eagle was retained, instead using the Imperial style Prussian heraldry eagle rather than the outlawed Nazi Eagle & swastika and instead of Gott Mit Uns (God's With Us) which was also associated with the previous regime it has been replaced with the motto of the Bundeswehr taken from the German National Anthem "Einigkeit, Recht, Freiheit", or "Unity, Justice, Freedom". 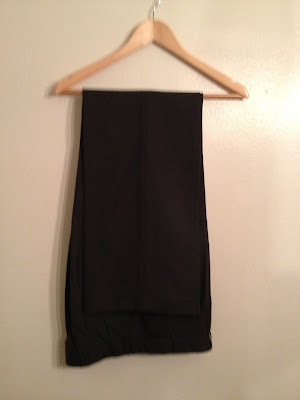 Again the black service trousers are worn with the service dress uniform. 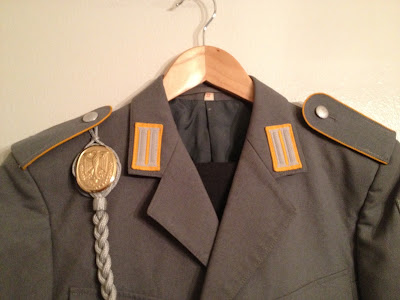 The shoulder epaulettes of the service tunic are bordered with the yellow gold coloring known as waffenfarbe for the Panzeraufklärungstruppe or Armored Reconnaissance Corps. It bears no rank insignia so the soldier wearing this uniform would be designated the title of Schütze or Rifleman. The lack of rank in the enlisted corps generally denotes a limited time soldier or a soldier serving his national service commitment.

The Heer collar bars rest against the yellow gold backing of the Panzeraufklärungstruppe  waffenfarbe. 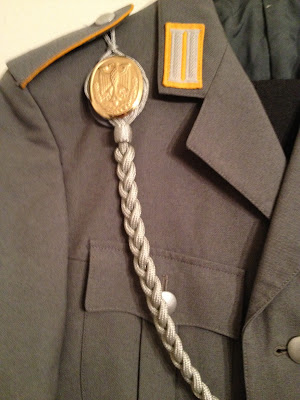 On the right side of the tunic is the Schützenschnur in Gold award. The award was first reinstated in its existing form in 196h. The presentation of the award is based on one of three grades reflecting the soldiers competency in marksmanship. The award is a matt aluminum colored design which is worn by both Heer & Luftwaffe personnel with the federal eagle over oak leaves. 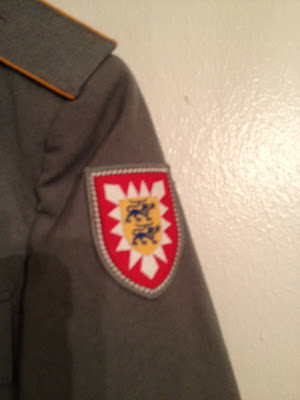 A white border signifies the first brigade, with the 16th and 17th brigades using a red border and the 18th Brigade of the Division utilizing a yellow border. 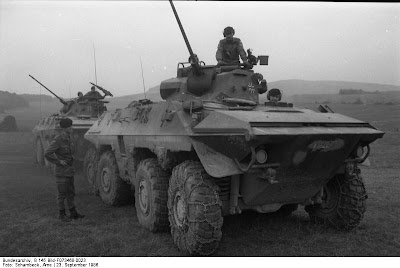 Soldiers assigned to the Heer's Panzeraufklärungstruppe would wear either a visor cap with yellow gold waffenfarbe piping or a black beret complete with the Panzeraufklärungstruppe  beret crest depicting a wheeled armored reconnaissance vehicle surrounded by a wreath of oak leaves against two crossed cavalry lances alluding to the reconnaissance troops ties to scout cavalry units. 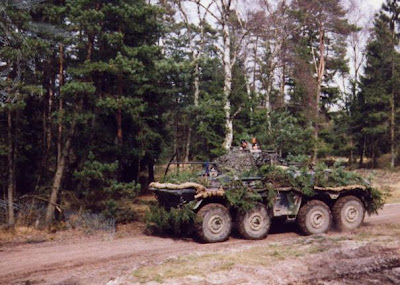 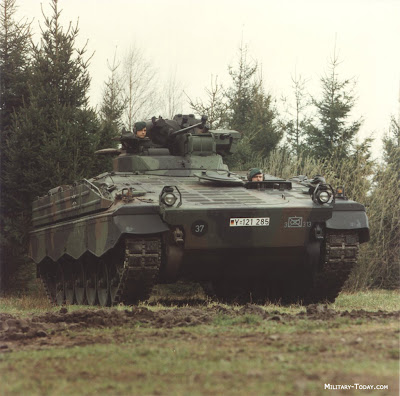