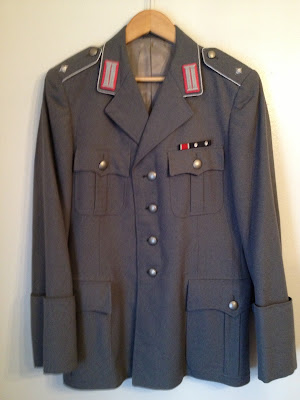 The uniform shown here is of a Bundeswehr early era Leutnant which would be the German equivalent of an American 2nd Lieutenant of the Panzertruppen or Armored Corps. Again notice how with the early style uniforms they are of a are significantly a darker gray material than their later uniform issue counterparts. 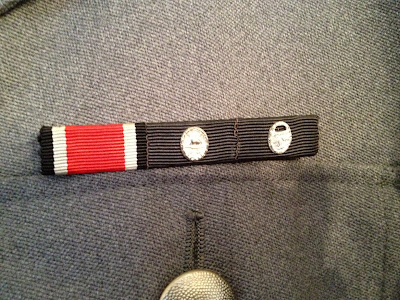 The Leutnant shown here is another veteran of the Wehrmacht of the Second World War (1939-1945) and his awards include the Eisernes Kreuz 2. Klasse (Order of the Iron Cross 2nd Class), Verwundetenabzeichen in Silber (Wound Badge in Silver) and the Panzerkampfabzeichen in Silber (Tank Assault Badge in Silver). These are also 1957-era issue de-Nazified awards with the swastika removed and reissued by the new German government for actions during the Second World War. 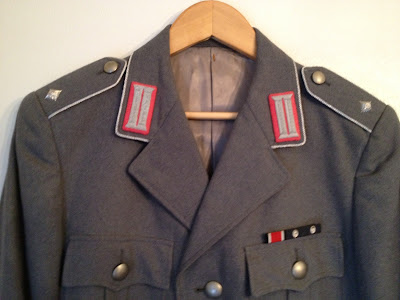 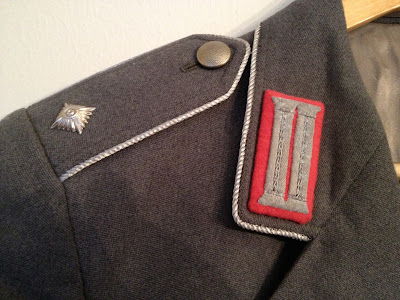 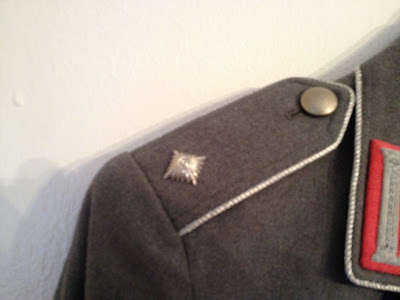 The shoulder boards are the second pattern officer shoulderboards with the pointed epaulette. This style of shoulderboard was worn up until 1963, when they were replaced with a rounded shoulderboard. Notice how the shoulderboards have the silver lining of an officer with the rank of a Leutnant with a single silver pipand the collar insignia carry the pink piping of the Panzertruppen. 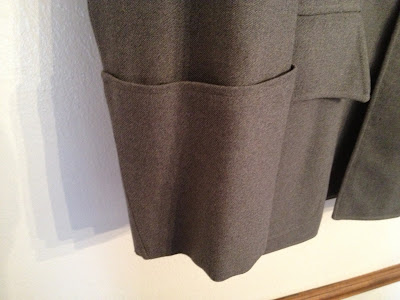 This uniform tunic also retains the French style cuffs typical of early Bundeswehr officer uniforms on its sleeves showing that it was issued prior to the uniform regulation revisions of the 1970s. 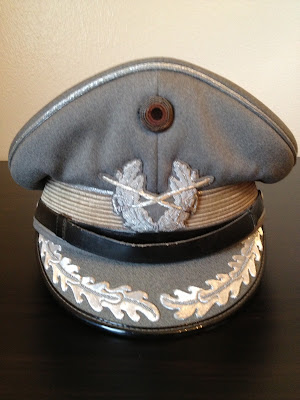 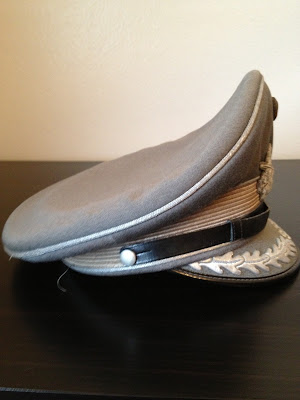 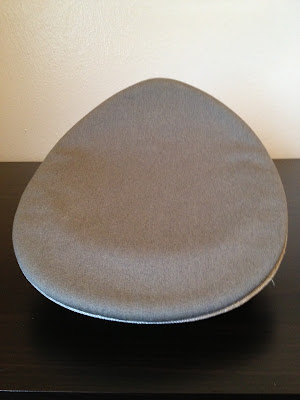 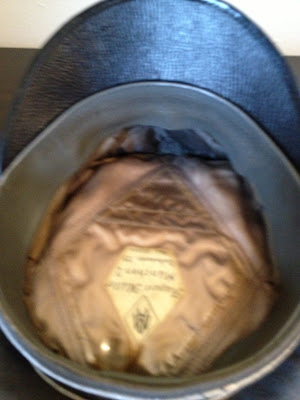 Another example of an early model Bundeswehr visor cap, this example displays the hand embroidered insignia of the Officer Corps of the new West German Army as well as the national roundel. 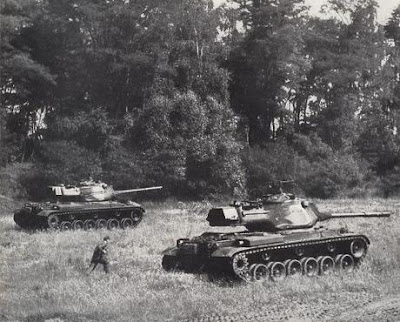 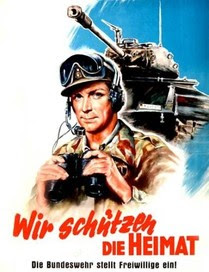 When the decision was made to establish the West German Bundeswehr and proceed with Wiederbewaffnung which was the policy of rearming West Germany in 1955, it was initially met with intense criticism by France. Still fresh in the minds of many were the invasions of France by German armed forces first by the Deutsches Reichsheer (Imperial German Army) in 1914, and again by the Nazi Wehrmacht in 1940. Also the defeat of French forces during the Franco-Prussian War of 1871.

After the approval was given for the rearmament of Germany the new armed forces began training and procuring new equipment. Barred from joining the new armed forces were members of outlawed organizations that held political or ideological significance to the previous regime particularly members of the Nazi Waffen SS. With the ever growing mistrust between the United States and the Soviet Union, the decision was made to establish the Bundeswehr and of particular interest in assisting to build and train the new armed forces was the recruitment of veterans of the Wehrmacht due to their combat and leadership experience.

The significance of armored warfare had been realized during the previous conflict and none were more potent in armored warfare than the Germans. German Field Marshal Heinz Guderian had redefined armored warfare when he took to leading his armored formations into France in 1940. With the establishment of the Bundeswehr, the color pink was retained as the color of German Panzertruppen or the Armored Corps which was initially based out of Munster in North Rhine-Westphalia. The motto of the Panzertruppen is "Panzer -HURRA!" or "Tanks Hooray!" Another common chant of the armored troops is "Antennen - HOCH! Luken - DICHT! Klar zum - GEFECHT!" which means 'Antennas high! Hatches closed! Forward to Combat!'
Posted by Unknown at 10:04 AM