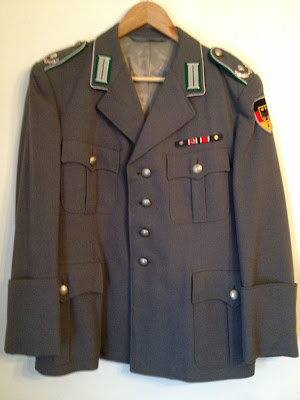 The uniform displayed here is the early era Grundform for a Major in the Infanterietruppen 'Infantry Corps', a combat arms branch consisting two classes of soldiers: the Jägertruppen or 'Light Infantry' & the Panzergrenadiertruppen or 'Mechanized Infantry'. The uniform jacket depicted is of the standard German Army gray color with the green colored piping of the Infanterietruppen adorning the shoulder boards and collar insignia. In the early days of the Bundeswehr, the grey color of Heer uniforms was a darker color than in later uniforms.

The significance of this tunic is that it is adorned with the service decorations of a veteran of the Wehrmacht during the Second World War (1939-1945). After the end of the Second World War and the establishment of the new West German government, laws were instituted governing which types of Third Reich era awards were authorized to be worn in post-war Germany and which awards would be outlawed. A series of de-Nazified versions of World War II decorations were issued known as 1957 awards and were available to soldiers that were allowed to enter the Bundeswehr whom had seen service in the Wehrmacht. The Officer shown heres awards include the Kriegsorden des Deutschen Kreuzes in Gold (Order of the German Cross in Gold), Ritterkreuz des Eisernen Kreuzes (Order of the Knight's Cross of the Iron Cross), Eisernes Kreuz 2. Klasse (Order of the Iron Cross 2nd Class) and the Gold Verwundetenabzeichen (Wound Badge in Gold). 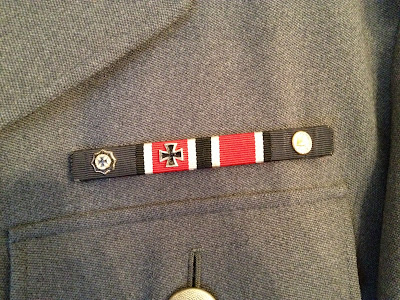 Note upon looking closely at the awards you see that the swastikas have been removed from the devices attached to the ribbon bar themselves, a step taken by the new Federal government in the minting and awarding of the de-Nazified 1957 series awards. 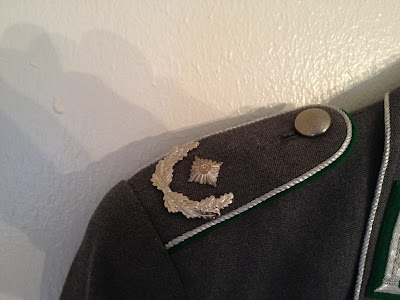 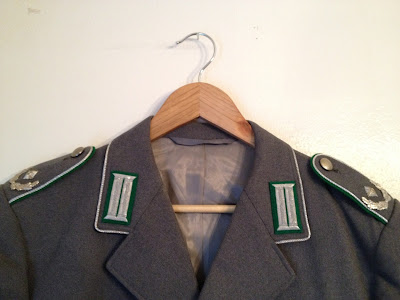 The shoulder boards have the green color piping of the Infanterie branch with the rank of a Major with a single silver pip and crossed laurel wreath. 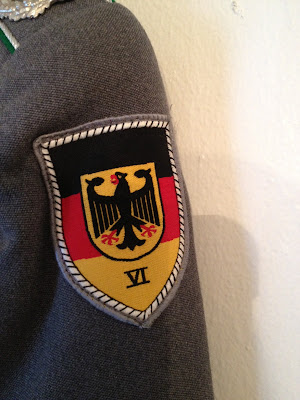 The shoulder patch portrays the German federal eagle against the German national flag with the Roman numeral for the number six signifying that he was assigned to Heer Wehrbereichskommando VI or Army Military Area Command VI which was positioned in Bavaria during the 1960s. 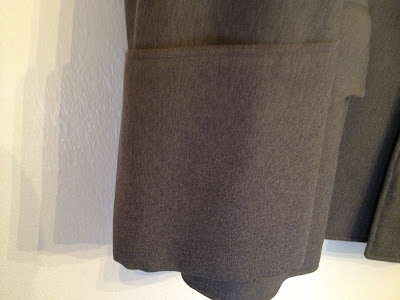 Another feature of the early style uniforms are the French style cuffs on the sleeves of the tunic which began to disappear from West German military uniforms around the early to mid 1970s. 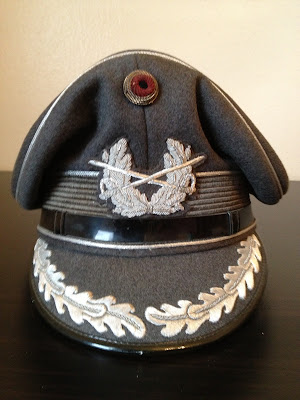 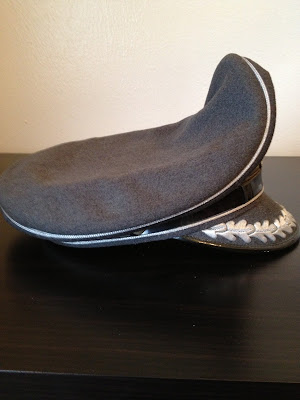 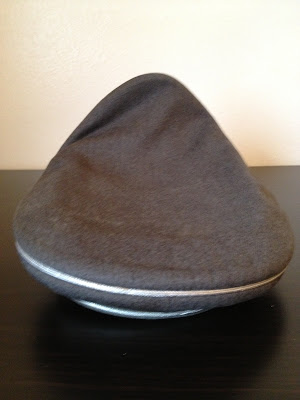 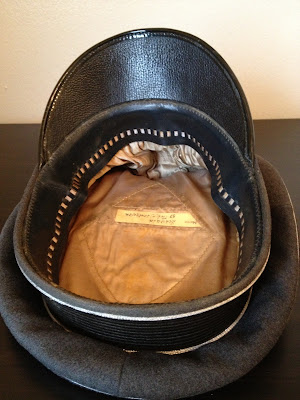 The early pattern visor cap of the Bundeswehr Land Forces. These caps known as a Schirmmützen are reminiscent of the World War II style 'crusher caps' worn by various armies around the world. Note the dark gray color of the early West German Army. It retains the national roundel insignia of West Germany as well as an embroidered Heer insignia and the oak leaves of a field grade officer. 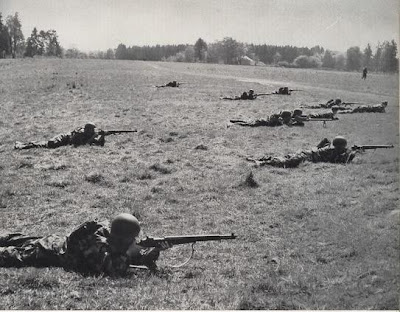 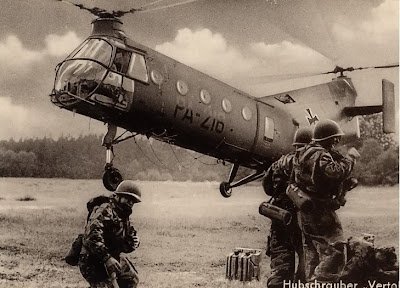 The initial home of the Infantry Corps during the early days of the Bundeswehr were two garrisons located in Andernach and Koblenz in the Rhineland area of western Germany. In 1955, the former western Allies authorized the rearmament of the new West German state and the Bundeswehr began recruiting. Soldiers of the former Wehrmacht were allowed to enlist in the new German Army after undergoing a check to ensure that they were not war criminals or they had not served in outlawed organizations that held fanatical allegiences to the former regime.

Initially training was held under the supervision of the Allied authorities with advisors training the new German soldiers on surplus weaponry of American and British manufacture. With the establishment of the West German Heer, the waffenfarbe designation system was established and the color green selected for troops of the Jägertruppen or Light Infantry Troops. The motto of the Jägertruppen is "Pedites Pugnas Decernent" which translates into 'The Infantry Decides the Battle" reflecting the role of the infantry forces to close in and face the enemy in direct combat engagements.
Posted by Unknown at 9:30 AM