Shield of the Belgians: I Belgian Corps in West Germany 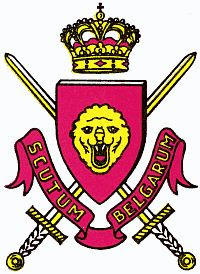 Belgium was another country that faired roughly throughout the Second World War. Having been under German control since 1940, the country was ravaged by the occupation and the waging of war upon its soil. Tough lessons were learned during the Second World War that the Belgian leadership used to dictate Belgian foreign policy, primarily the collective security of the Kingdom of Belgium. On 17 March 1948, Belgium joined the Republic of France, Grand Duchy of Luxembourg, Kingdom of the Netherlands and the United Kingdom in signing the Treaty of Brussels, The Treaty included a mutual defense clause which was seen as a step towards European security cooperation in post-war Europe. The Brussels Pact was effectively a precursor to NATO effectively emphasizing security cooperation in western European nations through mutual defense agreements. Its shortcomings were that it envisioned a European mutual defense pact against Germany where as NATO recognized Europe as being divided along the lines of western nations and communist nations. Belgium officially joined the NATO organization on 4 April 1949, as a founding member.

Belgian national policy initiated the use of conscription into national service in which those fulfilling national service requirements served for a period of 18 months. Three Belgian infantry brigades were positioned in Germany at the end of World War II on 1 April 1946 under British military control as part of the British Army of the Rhine. This force was designated as Belgian Forces in Germany. It was also known as Forces belges en Allemagne in French or Belgische strijdkrachten in Duitsland in Dutch. The dual name for the armed force comes from the mixed language influence of the Kingdom of Belgium with roughly 60% of the population speaking Dutch and the other 40% speaking French. Shortly after joining the NATO military pact, Belgian forces were given their own zone complete with operational autonomy in the British sector of northern Germany.

The Belgian area of responsibility in West Germany included the towns of Aachen, Köln, Söst, Siegen and Kassel in the state of North Rhine-Westphalia. The Belgians also maintained a garrison in the city of Bonn until 1949. Initially an occupation force in post war Germany, with the establishment of the Bundeswehr and addition of West Germany to NATO in 1955, the Belgian Forces in Germany were redesignated as a protection force in which it provided a unit known as I Belgian Corps for NATOs Northern Army Group. I Belgian Corps was comprised of two divisions, the 1st Infantry Division and the 16th Armored Division. The Belgian Army initially received nuclear capabilities in the early 1950s with the introduction of the MGR-1 Honest John surface to surface missile. These missile systems were later augmented with the introduction of field artillery capable of firing nuclear armed shells.

With the establishment of I Belgian Corps and plans for military engagements against the Warsaw Pact were drawn up, Belgian military planners also began to plan for the evacuation of families from regions under Belgian influence. The Belgian zone of Germany was effectively considered as a 10th quasi-province of the Kingdom of Belgium with tens of thousands of Belgian civilians living in the area supporting the roughly 40,000 Belgian soldiers stationed in the area of responsibility. This number would be gradually reduced to a force of nearly 25,000 by the time of the collapse of the German Democratic Republic in 1990.

In the event of mobilization in the event of war, I Belgian Corps would join the NATO Northern Army Group and join the I Netherlands Corps, I British Corps and I German Corps in a designated sector between Hamburg and Kassel extending back to the German-Dutch and Belgian borders and forward to the Inner German Border zone with East Germany to form a force countering Warsaw Pact military operations across the North German Plain.

I Belgian Corps was headquartered in Hälen Kaserne, Köln. The Belgian Army’s 14th and 20th Artillery Battalions positioned in Germany were augmented by elements from the United States Army’s 4th U.S. Army Field Artillery Detachment located in Werl, West Germany. The 1st and 16th Divisions were designated as Mechanized Divisions in 1960. The 1st Division of I Belgian Corps was headquartered in Bensberg, West Germany and consisted of:


The 16th Armored Division was headquartered in Niehem, West Germany and was  comprised of: 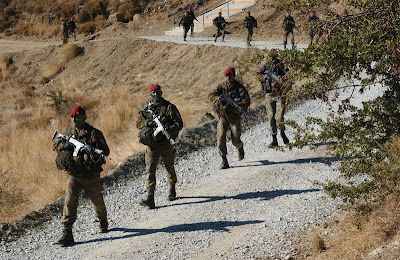