In Service of the Bundesadler: Awards & Decorations of the Federal Republic of Germany 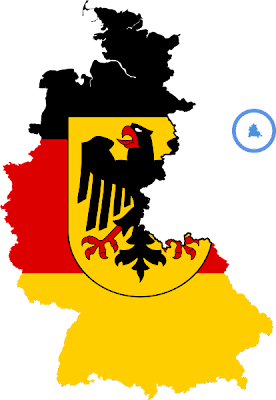 Under The Nazi government, Germany had a vast assortment of awards and decorations for military, political and civil service by the time it was defeated in May of 1945. In West Germany, by 1948 a series of laws known as the Ordensgesetz or 'Medal Laws' had been passed determining and finalizing which awards could be worn and which were prohibited to be worn regarding the decorations of the previous regime. Medals such as those related to the outlawed NSDAP, SA,SS or occupational medals reflecting Nazi German expansion were prohibited. By the mid 1950s, regulations had been issued where versions of World War II awards were reissued with the swastika emblem removed. These awards and badges commonly neck orders suspended around the wears neck or varying pocket badges were phased out in favor of a ribbon bar system reminiscent of Allied militaries.

For more on the 1957 series awards and decorations see: 1957 Bundeswehr Awards & Decorations

With West Germany's entry into the NATO Alliance in 1955, the new German government began to slowly introduce a small number of new awards for service to the German nation. Most of these were for meritorious service rather than combat related exploits. A series of awards were also instated for humanitarian and relief efforts as German soldiers had participated in numerous relief efforts following forest fires and flooding across West Germany. By the 1970s West German personnel were also approved for the presentation and awarding of NATO, United Nations and foreign awards and decorations most commonly those awarded by the United States Armed Forces.

German personnel are eligible for awarding of not only military medals and orders but also the wear of a number of civil service awards,  sports and fitness awards and marksmanship awards. 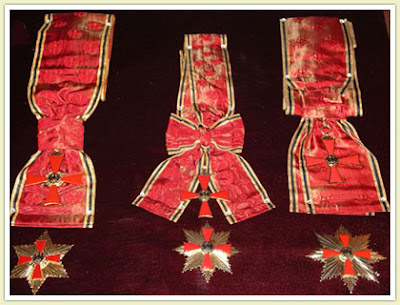 The Highest award of West Germany was the Verdienstorden der Bundesrepublik Deutschland or Order of Merit of the Federal Republic of Germany. It is the only federal government presented award. The award presented in several classes is more commonly referred to as the Bundesverdienstkreuz (Federal Cross of Merit) and it was first established in September 1957. There are seven classes of the award with two special classes and is eligible to be presented to military and civilians alike. The award is presented for outstanding achievements in the fields of politics, economics, culture, intellect or volunteering.

The standard design of the Bundesverdienstkreuz is a gold cross enameled in red with a central disc bearing a black German federal eagle in the center. The ribbon presented along with the medal is red with gold, black & gold stripes. The design of the Federal Merit Cross bears influences of the Imperial Pour le Mérite award also known as the Blue Max, the highest military award presented by the Kingdom of Prussia. It was officially created and instated on 7 September 1951 predating the establishment of the Bundeswehr.

The Order is presented in four groups with eight classes: 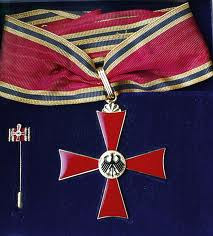 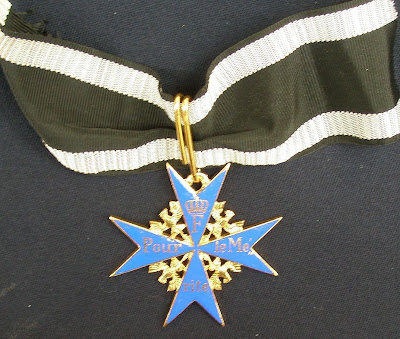 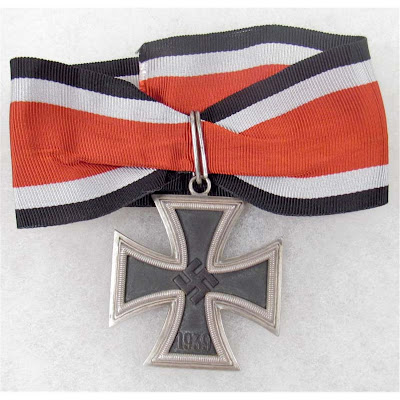 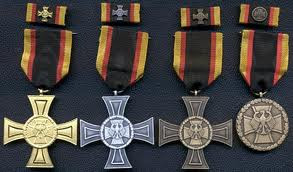 Other initial military grades of awards began with the Ehrenzeichen der Bundeswehr (Badges of Honor of the German Armed Forces) The Ehrenzeichen der Bundeswehr or Badge of Honor of the German Armed Forces were first introduced in 1980 on the 25th anniversary of the armed forces. The awards were created following petitions by the German people to restore the order of the Iron Cross.  These classes of awards are presented for valor and or meritorious service as well as outstanding achievements or heroic deeds.

During the Cold War, the Ehrenzeichen der Bundeswehr was awarded in six grades:


The Medals of Honor are awarded with a black-red-golden ribbon and a certificate of commendation. They are worn in full display on the day of the award or on special occasions. On regular duty they are worn as a ribbon bar. The Ehrenkreuz der Bundeswehr award series of the Ehrenzeichen der Bundeswehr were established as a response to requests to reinstate the Order of the Iron Cross in modern German military heraldry. 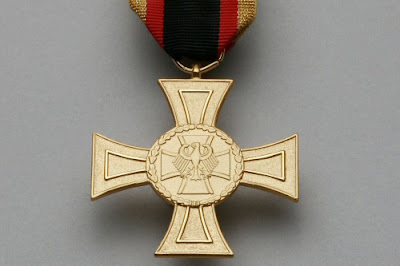 The Cross of Honor itself shows a Federal Eagle on a Cross pattée surrounded by a wreath of oak leaves. It is set against the design of the Iron Cross order. 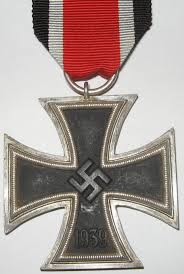 The Iron Cross as awarded by Nazi Germany to soldiers of the Wehrmacht from 1939 - 1945. Following the end of the Second World War and the defeat of Germany the award was abolished. 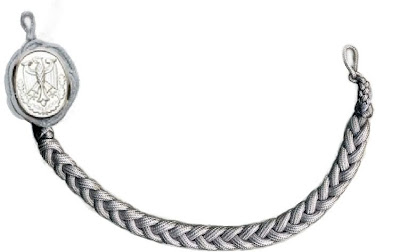 Of the most famous awards presented to German personnel are the Schützenschnur (Shooting Lanyards). The decoration is awarded to German military personnel of all grades, but is only permitted to be worn by enlisted members. As stated in German regulations "The Schützenschnur is a decoration for weapons proficiency for enlisted soldiers." Officers can receive the award, although it is not currently authorized to be worn on their uniforms. Foreign military members also may be awarded the badge but the German military regulation on officers still applies, permitting only the enlisted members to wear the badge.

It was initially instated for wear in July 1954 and is awarded in three grades gold, silver and bronze. The design of the award differs between Army and Air Forces and the Navy. The Army and Air Force version of the award is a silver colored rope with a round metal badge on a flat end near the top of the rope, on its center it displays the German eagle surrounded by a wreath of oak leaves. The Navy version of the award looks the same except the rope's color is navy blue. 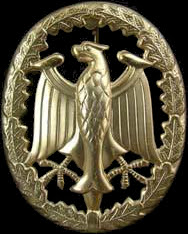 Another equally famous award is the Abzeichen für Leistungen im Truppendienst (German Armed Forces Badge for Military Proficiency). The decoration was created in October 1980 and is awarded in three grades: gold, silver and bronze. It may be awarded to any rank of personnel and all may wear the badge. The badge is round on its center and displays the German eagle surrounded by a wreath of oak leaves. The badge can be in gold, silver or bronze.
Posted by Unknown at 3:10 PM