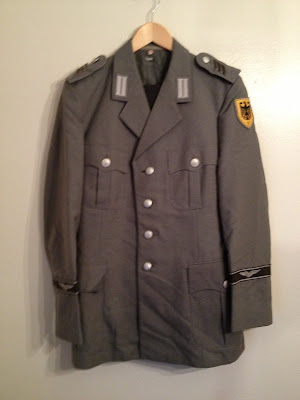 The uniform displayed here is the Grundform or Basic Uniform of a Hauptgefreiter or Lance Corporal in the West German Army’s Aviation Corps, the Heeresfliegertruppe. The uniform jacket is the standard grey color of Heer uniforms with the silver-gray colored piping of the shoulder insignia and collar bars known as kragenspielen denoting the wearer's affiliation to the Aviation branch of service. Initially West German Army tunics were over a darker gray color but were gradually lightened after the reforms of the Bundeswehr in the 1960s-1970s.

When initially enlisting into the Heeresfliegertruppe, the enlistee will be known by the title of Flieger or 'Flyer' this would be equivalent to the standard Heer enlistee title of Schütze or 'Rifleman'. They then progress along the standard Bundeswehr rank system becoming a Gefreiter and so forth depending on the desired career path of the enlisted soldier. 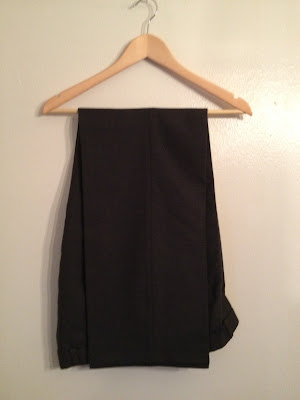 The pants worn with the service uniform are the standard black trousers issued to and worn by all West German Army personnel. 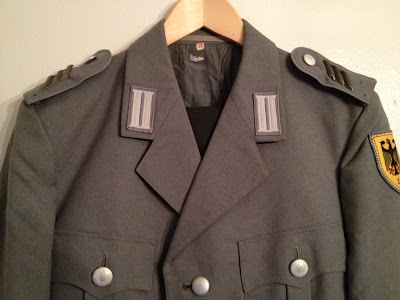 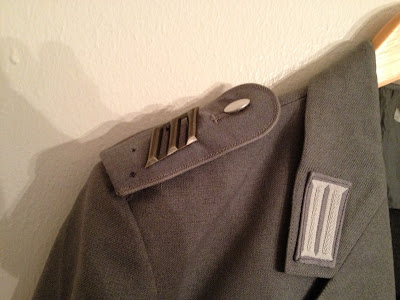 The shoulder epaulettes carry the grey Heeresflieger branch piping and the metal insignia of a Bundeswehr Hauptgefreiter. 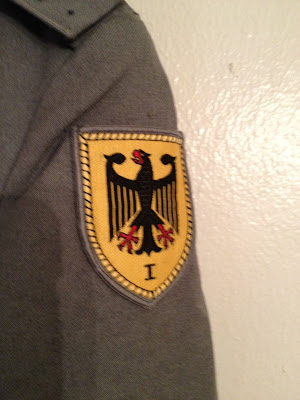 The patch on the sleeve shows the unit affiliation to the West German Heer's I Corps commonly known during the Cold War by its NATO designation I German Corps. In the event of a war with the Soviet Union and the German Democratic Republic, I German Corps would the forces of the United Kingdom (I British Corps), the Netherlands (I Netherlands Corps) and Belgium (I Belgium Corps) to form NATOs Northern Army Group to combat advancing Warsaw Pact armored formations across the North German Plain. The patch depicts the German federal eagle against a gold background with the Corps numeral designation.

Typically soldiers assigned to the Corps troops and Corps staff. The black and gold braided edge of the patch was significant of the status of being a Corps level unit.

The cuff bands bear the insignia of the Army Aviation Corps depicting flying wings symbolizing the task of the aviation branch. The insignia is essentially the same wing insignia worn by Luftwaffe personnel only differentiating by being against a black background rather than a dark blue standard of the Air Force. Soldiers of the Heeresfliegertruppe were authorized the cuff title due to the relatively small size of the German Army Aviation Corps. 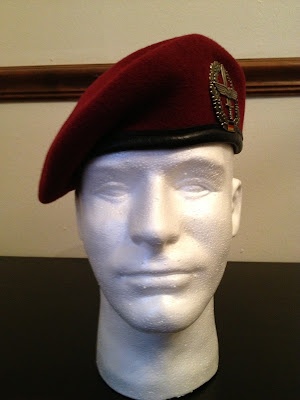 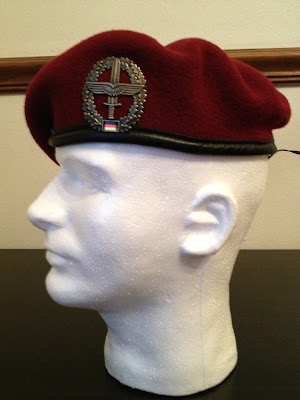 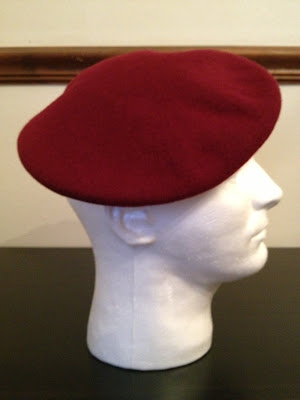 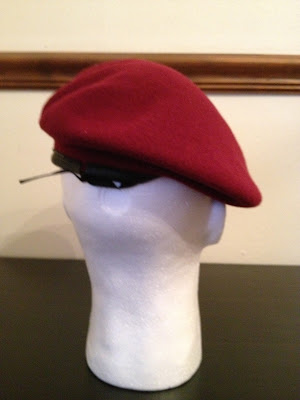 Shown here is the maroon beret worn by specialized troops of the Heer. Typically units wearing maroon berets in the German Army are those with airborne or special operations affiliations. 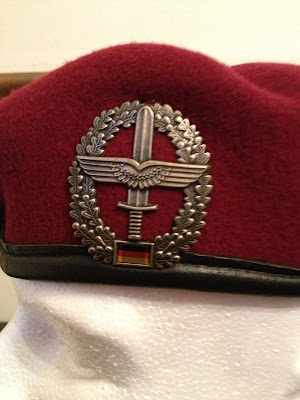 The Heersfliegertruppe beret crest depicts a stylized wing design identical to the wing worn on the cuff band of the sleeve on the service tunic with a vertical sword over the flag of the Federal Republic of Germany surrounded by a wreath of oak leaves.
Posted by Unknown at 6:05 PM