Red Berlin? The Plan to Surrender West Berlin to the Soviet Union 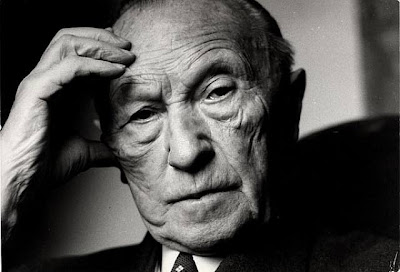 From the onset of the Cold War, Berlin would become a major focal point for any potential conflict in Germany. With allied troops from the United States, United Kingdom and France maintaining strategically significant positions deep inside the borders of the communist East Germany this would serve as a constant thorn in the side of the Soviet Union. Tensions in Europe would reach a fever pitch when on 13 August 1961, military and paramilitary forces of East Germany following years of dealing with unrestricted defections to the West via West Berlin walled in the city with a barrier consisting of miles of concrete, watch towers, and anti vehicle ditches amongst other defensive installations. There were also forces at work at the time which could have completely rewritten the story of the Cold War in one of the most underhanded and deceptive events in the volatile history of the Cold War. West Berlin, a bastion of hope for millions desperate to escape the authoritarian pressure of the East German communist system could have potentially been handed over to the Soviet Union in exchange for more land in what was East German territory.

The potential transfer of West Berlin to the Soviets was discussed secretly between government representatives of West Germany and the United States, a move that completely deceived the other members of the western Allies the United Kingdom and France. The prize for the surrender of West Berlin to the Soviet Union? The Federal Republic of Germany would expand its borders eastwards into parts of the East German states of Thuringia as well as parts of Saxony and Mecklenburg-Western Pomerania. The cities of Schwerin and Leipzig would become incorporated into West Germany as well as West Germany receiving territories rich in natural resources such as brown coal and industrially significant centers of manufacture and production.

The plan for the relinquishing of West Berlin was initially devised in the hours of the construction of the Berlin Wall by the Chancellor of West Germany Konrad Adenauer. Adenauer a strong statesman deeply opposed to the idea of East Germany, was responsible for the resurgence of West Germany's economy in the aftermath of the Second World War and was a guiding force to West Germany's entry into NATO in 1955. After the establishment of the German Democratic Republic in 1949 and in the aftermath of a failed attempt to strangle West Germany into submission, leaders of the Soviet Union began to repeatedly call for the surrender of West Berlin to East Germany and the removal of western military forces from the city. One of the primary proponents for the withdrawal of western military forces was Nikita Khrushchev, whom over the course of his tenure as premier of the Soviet Union demanded the withdrawal in the form of ultimatums on numerous occasions. He was also a guiding factor in the decision to erect the Berlin Wall to seal West Berlin in away from the outside world. 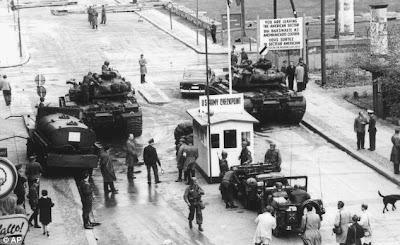 With Soviet armored columns set up at various checkpoints facing west while construction forces hastily erected the fortifications, Adenauer approached the United States with the proposed betrayal. Bypassing both the United Kingdom and France, he proposed the idea to both American Secretary of State Dean Rusk and President John F. Kennedy suggesting that the United States would be able to negotiate a deal with the Soviet Union, thus gaining West Germany more territory and allowing the Soviets to achieve a major goal in its policies towards Germany.

As far fetched as the idea was, Adenauer viewed West Berlin as a pawn in a larger chess game which could be traded at any moment just so long as the United States agreed to the move. It was however, highly unlikely that the proposal would be accepted by the Kremlin in Moscow. As tempting a prize as West Berlin would be for the Soviets in forcing the West beyond East Germany's borders it would require East Germany to relinquish part of its industrial base over to West Germany. The move was viewed by Adenauer to be a political gamble that he could profit from as well as causing some tribulation between East Germany and their Soviet overlords in the event that the Soviets showed signs of being interested in the proposal. The benefit that the West would get from the transfer of West Berlin, would come in the form of extinguishing long standing tensions with the Soviet Union over control of Berlin.

The plan however tempting to Adenauer, was ultimately shot down by President Kennedy who declared West Berlin as a fist made of brick and mortar  that the United States would defend from the Soviet Union at all costs. It would be his decision that defined the Berlin commitment as well as the commitment to West Germany as territories that would be protected from communism to any extent.

Kennedy refused to bow to the Soviets and deliver the city of millions to communist control at a time of extreme tension with the Soviets. in 1960, American pilot Francis Gary Powers and his Lockheed U-2 Dragon Lady reconnnaissance aircraft were shot down over Sverdlovsk deep in the heart of the Soviet Union and on October 1962, the Soviets began positioning nuclear missiles on the Caribbean island nation of Cuba which would result in the Cuban Missile Crisis. Having trumped the Americans twice so far the next move would be Kennedy's and on 26 June 1963, during a visit to West Berlin, Kennedy reaffirmed that stance of the United States to defend West Germany and West Berlin when he made famous speech ending it with the phrase "Ich bin ein Berliner".

Adenauer would remain the Chancellor of West Germany until October 1963, when he was austed from the position turning it over to Ludwig Erhard following a political scandal regarding inept findings about the Bundeswehr. President Kennedy would be assassinated a month later in Dallas in November of 1963.

Adenauer would remain chairman of the West German Christian Democratic Union or CDU political party until his resignation in December of 1966 before passing away himself on 19 April 1967. With his death, went the secret plan for the betrayal of West Berlin to the Soviets and East Germans. The United Kingdom and France would remain oblivious to the secret proposal and the Cold War would continue on for another twenty years with many citizens of West Berlin also oblivious to just how close they may have came to being betrayed by the very man who had promised to support them. 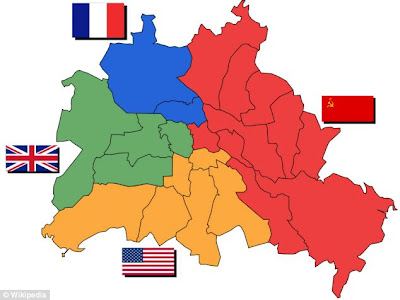