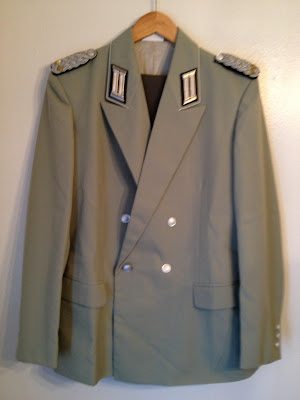 The uniform displayed here is the Gesselschaftsuniform the equivalent of a Mess Dress Uniform in western armies for an Oberstleutnant of the East German Landstreitkräfte. It would be worn at special social occasions such as balls, dinners or other occasions where social dress would be required or authorized. The uniform consists of a light greenish gray colored double breasted tunic with a four button configuration with the straight legged trousers issued to Nationale Volksarmee personnel. Officers of the Landstreitkräfte wore the stone grey trousers with a white stripe down the length of the leg. The uniform would also be worn with a white dress shirt, officer's visor cap and grey standard issue tie along with military issue dress shoes. 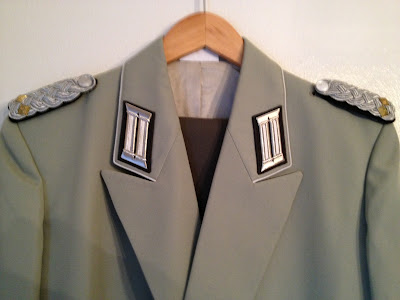 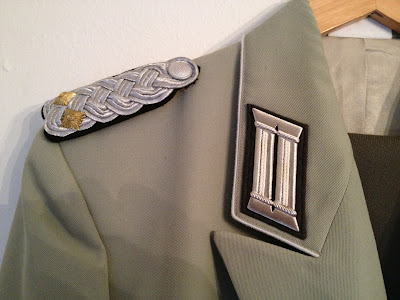 The picture here shows the Kragenspiegeln of a Landstreitkräfte officer. It is of the silver bar type which is standard to all officer uniforms of East Germany but with distinctive black backing of the East German Landstreitkräfte. 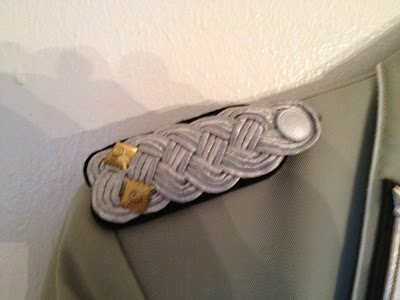 Here is a close up of the shoulderboard insignia of an Oberstleutnant. Again as a senior grade in the East German rank structure it consists of a silver braid with two four pointed gold stars against a black background which signifies the officer's affiliation to the Pioneretruppen which would be the Nationale Volksarmee equivalent of a western army's Engineer Corps. 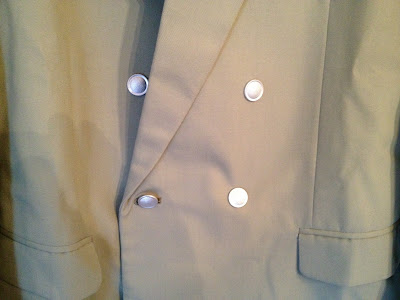 The four button arrangement of the double breasted pattern of the Gesellschafts uniform tunic. The tunic has four outward buttons with a hidden button on the inside for securing the tunic. On the inside there is also a loop for mounting the hangers for wearing the officer's issued presentation dagger. 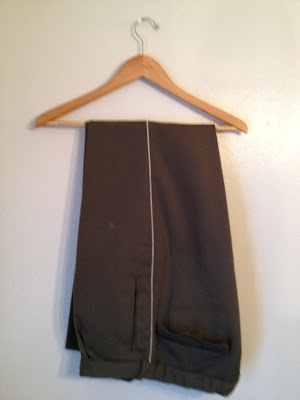 Displayed here is the stone gray issued service trousers worn with the Army Gesselschaft uniform. Usually unpiped, the white striping of the pants signifies wear by the Army and is restricted to staff service known as Stabsdienst use, Ausgangsuniformen 'Walking-out Dress Uniform' wear, and Social Occasions wihen they would be worn with the Gesellschaft tunic as displayed.