A New Navy for a New Nation: The Bundesmarine & Marineflieger 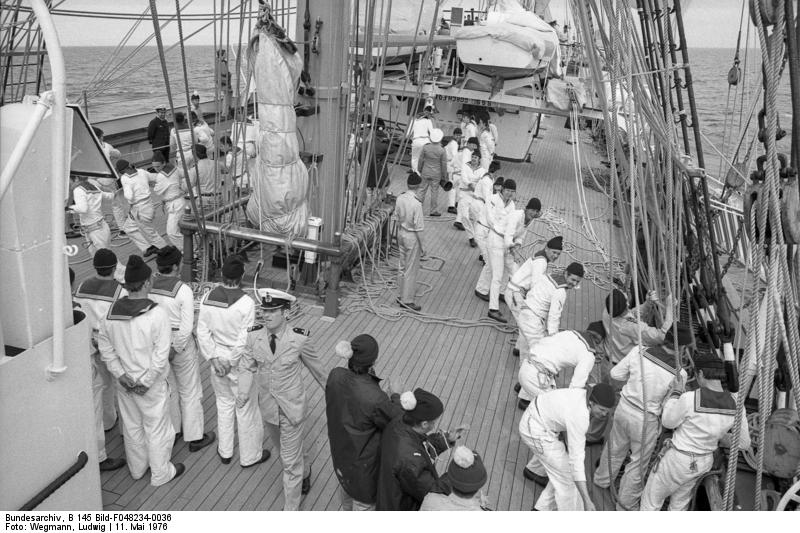 The Bundesmarine is the naval component of the West German Bundeswehr. It is deeply integrated into the NATO alliance. Its mission is protection of German waterways as well as peace-keeping and peace enforcement operations.

The Bundesmarine traces its roots back to the Reichsflotte, the Imperial Fleet of the revolutionary era of 1848 – 1852. The Reichsflotte was the first German Navy to sail under the black-red-gold flag. Founded on 14 June 1848 by the orders of the democratically elected Frankfurt Parliament the Reichsflottes brief existence ended with the failure of the revolution and was disbanded on 2 April 1852. Thus for the modern Navy the Bundesmarine’s birthday is celebrated every year on the 14 June.

From 1945 to 1956, the German Mine Sweeping Administration (GMSA) also known as the Seeverbände and its successor organizations, made up of former members of the Kriegsmarine, became something of a transition stage for the German Navy. Although the GMSA ceased operations in 1947, the Seeverbände gave way to small maritime groups complete with customs, police and mine clearance personnel continued operations until 1956. The lessons learned during this period allowed the future Bundesmarine to draw on experienced personnel upon its formation.

One of these groups the British Baltic Fishery Protection Service or Britischer Ostsee-Fischereischutzdienst was operated under as a front for the Royal Navy and British Intelligence Service MI6’s clandestine operations in the Baltic Sea as it monitored and conducted covert operations against the Soviet Union. The unit also known as Schnellbootgruppe Klose operated a small group of converted speedboats operated using electronic surveillance devices and landed as well as extracted operatives from Baltic territories and the Polish coast under the codename Operation Jungle. 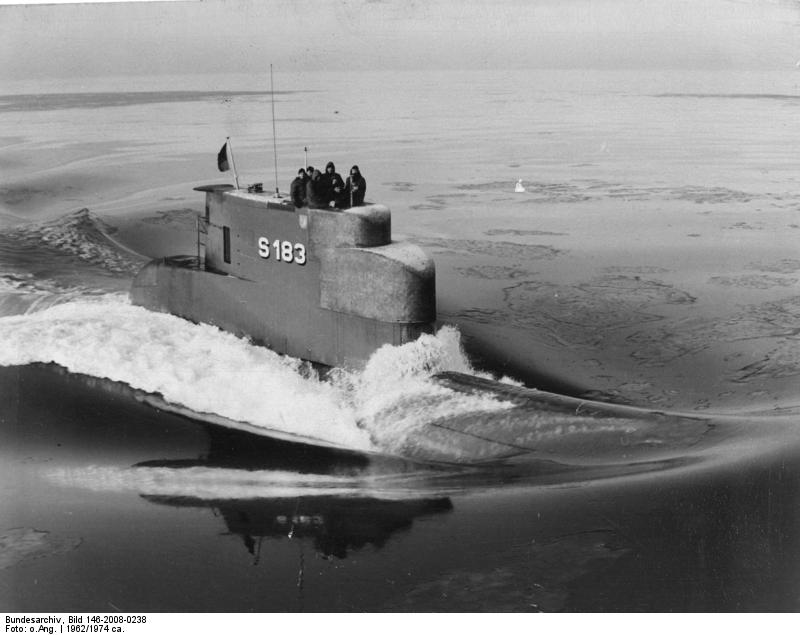 Plans for a new German Navy were drawn up beginning in 1949 by the United States Navy. With the establishment of the Federal Republic of Germany in 1949, the new German Chancellor Konrad Adenauer began preparations for considerations towards a new Navy which met proposals submitted by the U.S. Navy. The new Navy was to have a personnel strength ranging from 15,000 to 20,000 and be centered around a force of minesweepers, fast attack boats, interceptors and large torpedo boats. The new Navy was also permitted to operate a force of twenty four submarines as well as maintain a light aviation naval aviation force. Opponents to the plan namely the European Defence Community called for deviations from the initial plans calling for a new proposal for a reduction to 11,500 active soldiers and 12,000 reservists. The EDC’s plan also outlined that the larger type operated by the Navy should be Interceptor boats with submarine and naval aviation omitted from German service.

With the failure of the EDC in 1954, the Supreme NATO Command in Europe submitted a proposal on 6 July 1955 which provided the guidelines for a new German Navy. Of these requirements the letter called for:

The NATO memo granted the Navy the usage of a force of 18 Destroyers, 10 Interceptors, 54 Minesweepers, 40 Fast Attack Boats, 12 Submarines and 58 Navalized aircraft.

The new German Navy declared itself operational on 2 January 1956 when navy recruits began training under American and British supervision. The United States and United Kingdom contributed equipment and training to the new naval force and Vice Admiral Friedrich Ruge was appointed as the first Inspekteur der Marine (Chief Inspector of the Navy) in June 1957. By the end of 1957, the Bundesmarine operated a force of 20 Capella class Minesweepers, 2 Type 30 Speedboats, 6 Herring class Fast Attack Boats, 6 Seal class Minesweepers, 2 Class 240 submarines, 2 Escort boats and 8 School Boats. The first delivery of a destroyer took place on 17 January 1958, when the Bundesmarine borrowed the USS Anthony which was later named the D-170 or more appropriate Zerstörer 1 (Destroyer 1). The structure and organization of the Bundesmarine would change numerous times in the coming years but would remain relatively the same from 1974 through1990. 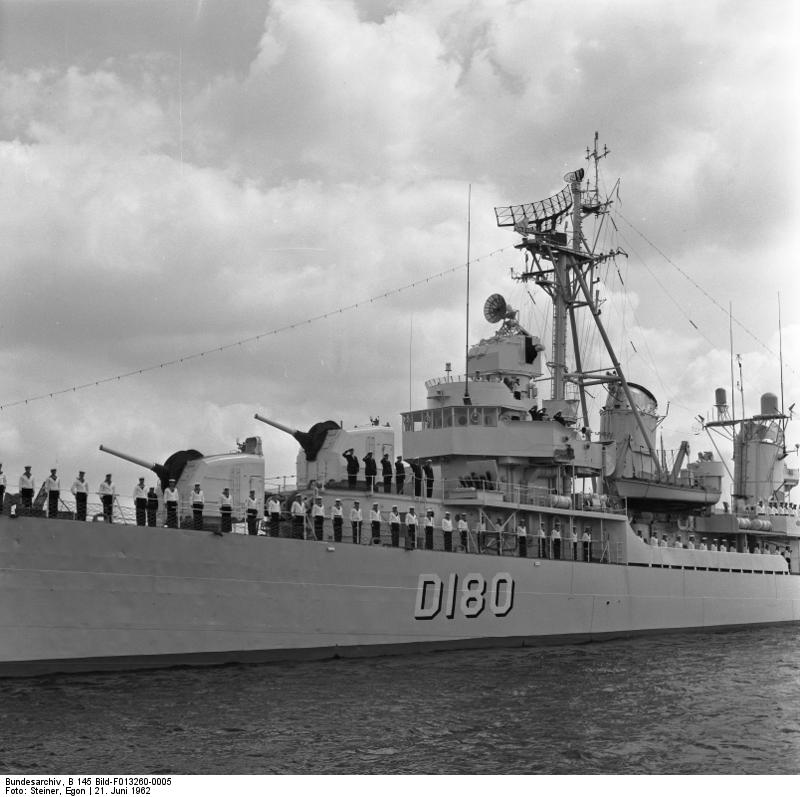 With the focus on protecting the land approaches in Germany, the German Navy focused on maintaining Allied superiority in regards to landing amphibious forces in the rear areas of the Warsaw Pact forces along the Baltic Coast and East Germany. By the 1960s the plans for amphibious first operations were found to be largely unrealistic as military power balance in Europe did not account for such operation, nor did the Western allies have such intentions. The plan thus shifted focus more towards repelling Soviet landings from the German and Danish coasts from the Baltic approaches. The Navy soon shifted focus to denying the Soviet Navy access to the Baltic approaches in coordination with the Danish Navy and to prevent the resupply and reinforcement of ground forces by sea. In the North Sea, the Bundesmarine would contribute forces for securing its own maritime routes to permit allied resupply to German, Dutch and Danish port facilities.

The 1980s saw a period of modernization as the Navy acquired 40 missile armed fast patrol boats, 24 submarines, new modernized naval mine systems, 112 Panavia Tornado fighter bombers to equip the Marineflieger as well as 8 frigate equipped with navalized helicopters. Originally restricted to only operations within the North and Baltic Seas, restrictions were lifted in 1980 which permitted the Bundesmarine to operate across the entire NATO Northern Flank. By 1985, the Bundesmarine operated a force of nearly 17 destroyers and frigates, 24 submarines, 5 submarine hunters, 60 minesweepers and mine countermeasure ships, 40 fast attack boats, 22 amphibious landing craft, 30 auxiliary vessels, 110 fighter bombers, 20 maritime patrol aircraft, 20 light transport aircraft, 35 navalized helicopters as well as numerous units of combat swimmers, mine divers as well as land based communications and reconnaissance units. 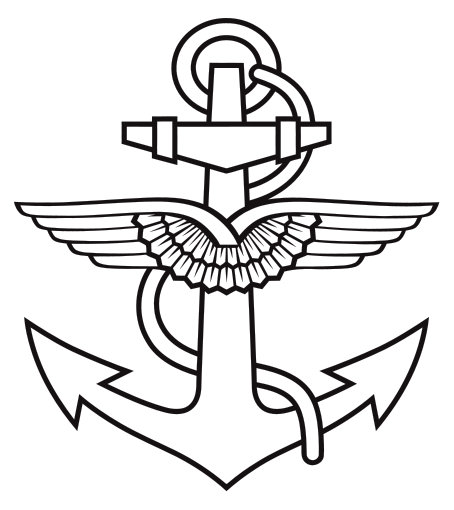 The Marineflieger is the naval air arm of the West German Bundesmarine. During the First World War, naval aviators were part of the Kaiserliche Marine. Between the World Wars, the fledgling naval aviation service, the Seeflieger was absorbed by Hermann Goering's Luftwaffe in 1935. It almost came into existence when the aircraft carrier Graf Zeppelin was laid down in 1936, but lack of suitable aircraft, coupled with the reluctance of the Luftwaffe to support the Kriegsmarine in the carrier's construction, culminated in its eventual cancellation in 1943, and all anti-ship operations were transferred to the Luftwaffe shortly afterwards. After the Second World War, it was not until West Germany's entry into NATO in 1955 and the establishment of the Bundesmarine, that a naval aviation force (Marineflieger) was set up. The Marineflieger was established largely under the assumption that naval aviation had not been of considerable success during the war and the Navy often had to operate with lack of air support thus it was not barred to the new Navy.

The Marineflieger Command was one of the largest commands in the German naval fleet with five squadrons operating nearly 200 aircraft and helicopters. The Marineflieger would operate a force of nearly 121 fighter bombers ranging from British made Hawker Sea Hawks Mk100/101s, American made Lockheed F-104G Starfighters and the European consortium developed Panavia Tornado. The Marineflieger operated varying types of helicopters including the Saunders Roe Skeeter, Bristol 171 Sycamore 52, Sikorsky H-34G, Westland Mk41 Sea King and the Westland Mk88 Sea Lynx. Search and Rescue was primarily carried out utilizing the Grumman HU-16 Albatross. Martime Patrol was carried out utilizing the Fairey Gannet AS Mk4, Dassault-Breguet BR1150 Atlantique, and the Lockheed P-3 Orion. Marineflieger transport service was carried out using the Dornier Do-27, Hunting Percival Pembroke C. 54, Dornier Do-28 D2 Skyservant and Dornier Do-228 LM aircraft. 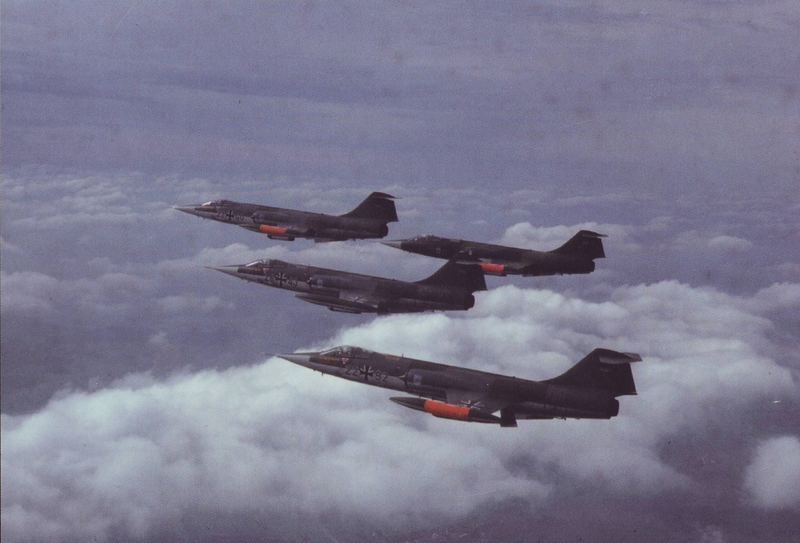 Marineflieger units are tasked with varying assignments relegated to their type: