It has been a while since I have been able to contribute articles to this site as I would like but I wanted to stop by and post a quick update to share with all the readers that I have so graciously had the pleasure of hearing from over the past several months. First and foremost I hope everyone had a joyous Fourth of July celebration. Secondly, I would like to thank everyone who has contributed comments, suggestions and corrections over the passed several months. When dealing with particular subjects and issues regarding varying nations, the information is not always regularly available in English so sometimes differing subjects fall victim to misinterpretation and or mistranslation so therefore it becomes imperative to have input from those who were there at the time or that speak the native language to which many of these reports and documents were originally written. So again I would like to express my sincerest gratitude to all who have supplied further information and suggestions to various articles I have posted over the duration of the year.

I am currently in the process of rebranding and relaunching this blog with a somewhat more expansive take on the Cold War. My collections have continued to grow in relation to the belligerents of the European Cold War to their fronts across the globe. I will expand to several fronts although not as in depth as the Cold War in Europe but there are several proxy conflicts that will be covered as well. The growth of my collections have seen the inclusion of the 1946-1954 French Indochina War in Southeast Asia which was the precursor to America's involvement in Vietnam in 1955 and ultimately the Vietnam War's escalation in 1965. I will not cover America's war in Vietnam post-1964 as I do feel that there are more than enough websites and blogs dedicated primarily to this conflict so there is no disrespect intended to the veterans of the Vietnam War I am just a firm believer that to understand America's war in Vietnam one must understand the French campaigns in southeast Asia. Also the post-1953 situation on the Korean peninsula and 38th parallel, Planet Earth's most heavily defended piece of real estate the DeMilitarized Zone. What the general public often fails to realize is just how many clashes have taken place along the Korean DMZ since the armistice was signed in 1953.

Other conflicts I have had the privilege of coming upon artifacts from include the French campaigns in Algeria, and the combined Franco-Belgian operation in 1978 to counter communist sponsored guerrillas in the African nation of Zaire. The British Operations Banner in Northern Ireland and Corporate in the Falkland Islands of 1982. The Soviet Union's lengthy and costly war in a Central Asian Republic known as Afghanistan has also seen additions to the growing interests. As NATO nations prepare to wind down their commitments to the International Security Assistance Force (ISAF) in Afghanistan, I believe again it is only appropriate in understanding the current situation in Afghanistan by understanding the Soviet Union's length war in Afghanistan years earlier. A war that not only left Afghanistan ripe for breeding internal instability but also lead to the destruction of a nation and the ruin of the USSR. The Iran-Iraq War of 1980-1988 and even the subsequent 1990 Persian Gulf War will see articles contributed as they march hand in hand but on a more sensitive note, I am debating whether or not to branch into the Arab-Israeli Wars which I have a great amount of material but I've seen a large number of disparaging and often inappropriate remarks and comments but the determination will be met as the subject comes to fold.

I look forward to continuing on with this blog and supplying a steady source of information for military history enthusiasts, veterans, researchers, airsofters, reenactors and general fans of world history and political science as well as other militaria collectors. As always, 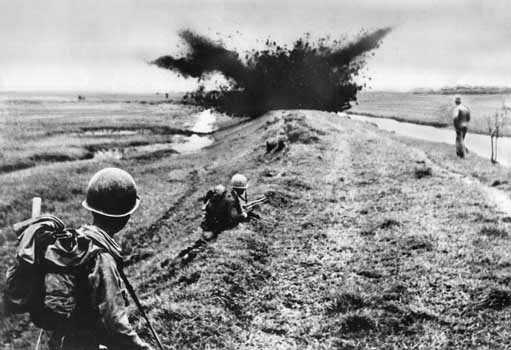 Email ThisBlogThis!Share to TwitterShare to FacebookShare to Pinterest
Labels: General